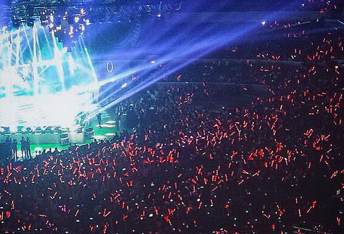 Two nights in a row, superstar Sarah Geronimo wowed the capacity crowd at her Manila Stadium Tour. Originally scheduled for just one show, tickets sold out within minutes so a second date was added… and also sold out within minutes! Performing mega-hits from “Perfectly Imperfect”, Miss Geronimo proved once again why she is one of the biggest pop stars on the planet!
Tune into to see Sarah Geronimo judge on the hit TV Series “The Voice” in SE Asia!