XOXO’s Adam H. teams up with THE FLASH, literally! 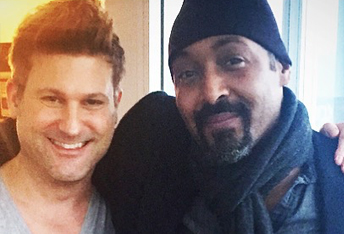 The CW Network, Warner Television, and The hit TV Series “THE FLASH” teamed up with Adam H. and XOXO to Produce special music for the series, and today they embarked on The XOXO Studios to record the magic with Jesse L. Martin! Jesse wowed Adam and the team with his exceptional vocal abilities!
Tune into “THE FLASH” on The CW Network to hear and see the magic!