ADAM H. lands in Tokyo to make music for the Feature Film “DARC”! 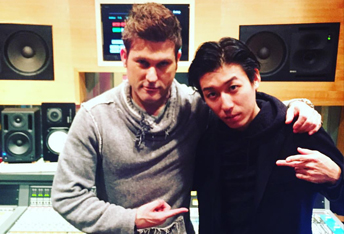 By now we all know that Adam’s 9 year old son, Chance Hurstfield has been taking the acting world by storm filming repeated roles in back to back movies, and now his father is teaming up with him by Producing the title track for the Action/Suspense Thriller, “DARC”, a movie in which Chance plays young “DARC”. After filming in Vancouver this summer, the production moved to Tokyo to finish scenes with Young DARC, and now his daddy is back in Tokyo Producing “Don’t F- With Me Boy” featuring one of the movie’s stars, Sho Ikushima, along with CELEB, and Adam H. himself also performs on the track!
Stay tuned for the official theatrical release of “DARC” late 2016!