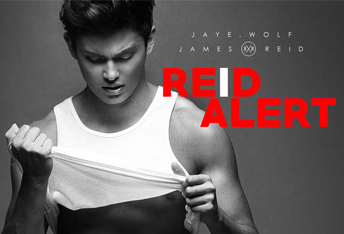 Wow! Talk about an impressive debut!

The new James Reid record “Reid Alert” has been out for less than 24 hours and it’s already #2 on the POP ALBUM CHARTS and #3 amongst all genres! Massive thank you to the fans, friends, and supporters who are taking the time, and spending their hard earned money to support this record! #ReidAlert

Producer Adam H. had an awesome time working with James…”He’s a super good guy and his talent is exceptional!” says Adam H.

XOXO’s one and only Elise Estrada is featured on Reid Alert as well! On the hit track entitled “10“.